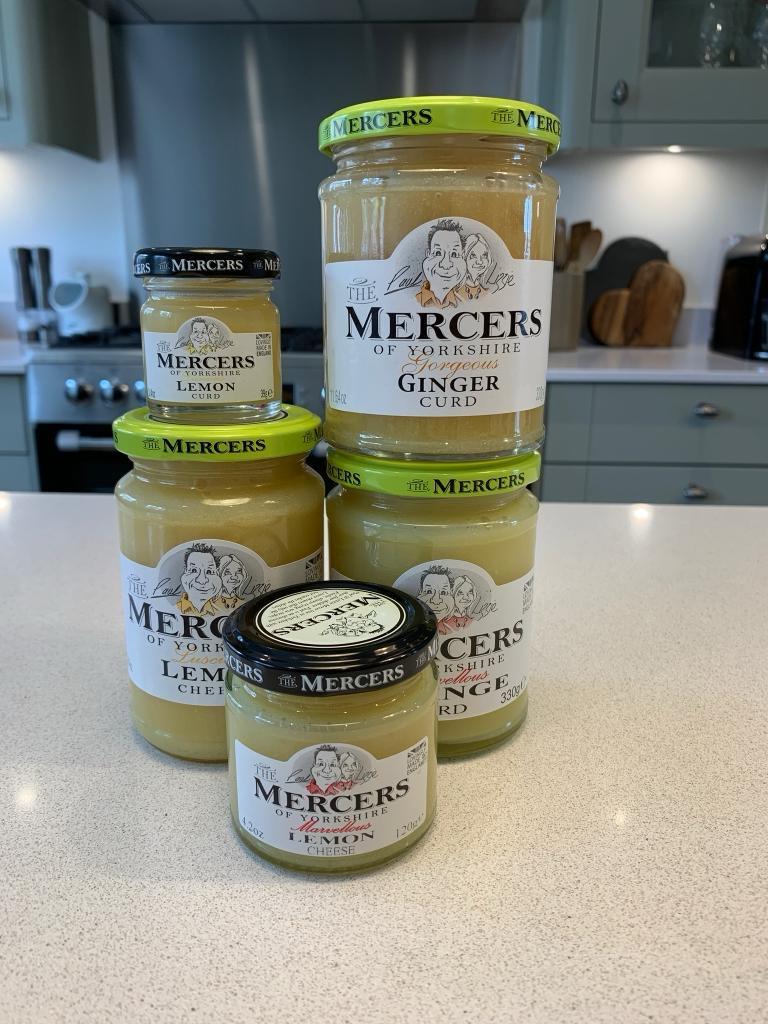 It is something of a mystery, as, according to the Trading Standards Office, Schedule 1 of Jam and Similar Products (England) Regulations 2004, there are legally no compositional differences between lemon curd and lemon cheese, but, if that is so, why are there two names? And why do some people think these are two different products?

Some say that Lemon curd is a little runnier and tarter than lemon cheese, while lemon cheese has a more buttery taste and consistency. Most agree though that the difference is so subtle very few would not be able to distinguish between the two.

That said, for their competitions, some local fetes and flower shows insist upon the entry to be ‘lemon cheese’ and disqualify if the entry is a ‘lemon curd’.

So What is Lemon Curd or Lemon Cheese?

Lemon curd (or cheese) is a traditionally British filling for cakes and pastries and a topping or filling for pies. It is also served in sandwiches or scones for afternoon tea as an alternative to jam (although lemon curd is not a preserve as it doesn’t have a long shelf-life).

It is made with beaten egg yolks, sugar, lemon juice and lemon zest with some recipes adding egg whites and butter. Some alternative recipes use other fruits such as raspberries or limes and some even add Advocaat!

Lemon curd came into vogue in late 19th century England, with, reputedly, the earliest mention of the term lemon curd going back to 1844 in “The Lady’s Own Cookery Book” by Lady Charlotte Campbell Bury. And yet, this recipe is not like the recipes for the lemon curd we know today. This recipe is like a much earlier one for ‘lemmon cheese’ found in “The Cookbook of Unknown Ladies” where lemons and lemon peel are added to cream, the mixture is whisked to acidify and then hung out through a cheesecloth to separate the curds from the whey. The result is therefore ‘cheese’ or just the ‘curds’.

It seems that, for the early recipes at least, it is easy to see why some would name the product ‘lemon cheese’ and others name it ‘lemon curd’ – it didn’t really make much of a difference whether you thought you had produced a ‘cheese’ or whether you just named it ‘curds’; what you produced was the same thing.

The real mystery is how this old recipe became the lemon curd we know and love today. It is unsurprising that the recipe changes slightly; every cook has their own way of making something. And it seems quite feasible that different areas of the country would tweak a recipe and add a touch of what was local. The real question is: When did eggs and butter replace the cream?

As yet, no-one seems to have an answer.

So now, the debate about ‘lemon cheese’ and ‘lemon curd’ is focussed on whether butter is added or whether the zest is removed etc. etc. however, these are just variations of something that, really, isn’t either lemon cheese or lemon curd (although those are the names we use for the egg/butter delicacy).

Indeed, we cannot even say that ‘lemon curd’ is the eggs and butter version and ‘lemon cheese’ is the one made with cream as we can see that, from the earliest recipes, both ‘curd’ and ‘cheese’ were made with cream.